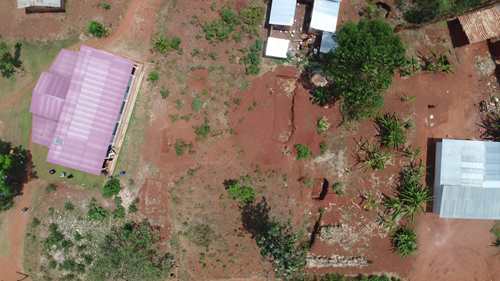 Muramba primary school is one of the schools whose teachers were reported missing during the atrocities of 1972. Testimonies collected on the spot point to Burundian soldiers and young revolutionaries from the Uprona party as the main perpetrators of these atrocities.

In May 1972, schoolchildren who were waiting to recreate saw in the court a « jeep » car which according to our witnesses belonged to the province of Muyinga in 1972. On board this car, Kibga Bonaventure, the communal secretary of the Uprona Party accompanied by heavily armed soldiers and young revolutionaries from the Uprona Party (JRR)

Still according to our witnesses, Kibga Bonaventure was also armed. Getting out of this car; he walked straight to the grade 5 class where Mbacekure Jean-Baptiste was teaching, then fixing the gun at him and ordering to follow him. Thus, the schoolchildren who attended the lessons were all panicked.

The 10-hour recess schedule was then changed to a grieving situation for schoolchildren who witnessed how their teacher had just been kidnapped in front of the class. The same situation was reported in 6th grade and other lower grades. These witnesses count at least 5 teachers arrested on the same day and in the same situation.

These teachers were all loaded into this car by Kibga Bonaventure and driven to an as yet unknown location. But, according to these witnesses, it was after some time that they were informed and understood that their teachers had been killed because they were Bahutu. And the proof is that other teachers who stayed in this school were only Batutsi and none of them had ever been touched.

After their disappearance, Rwandan teachers took their place

Our witnesses affirm that despite their disappearance, the schoolchildren regularly attended the courses. Indeed, these teachers have been replaced by other Rwandan teachers residing in the Rwandan refugee camp of Nyarunazi, current Nyarunazi site.

These Rwandans had fled the crisis that Rwanda experienced in 1959 and went into exile in Burundi. Nyarunazi site is located a few kilometers from the center ,the communal office and Buhinyuza zone, communal dungeon in 1972.

In the investigations carried out by TRC, the Rwandan refugees from Nyarunazi site actively participated in the massacre of the Bahutu in the communes of Mwakiro and Buhinyuza. Far from it, they were even cited by eyewitnesses among partakers in the arrangement of the mass graves in which TRC exhumed the victims of the 1972 crisis.