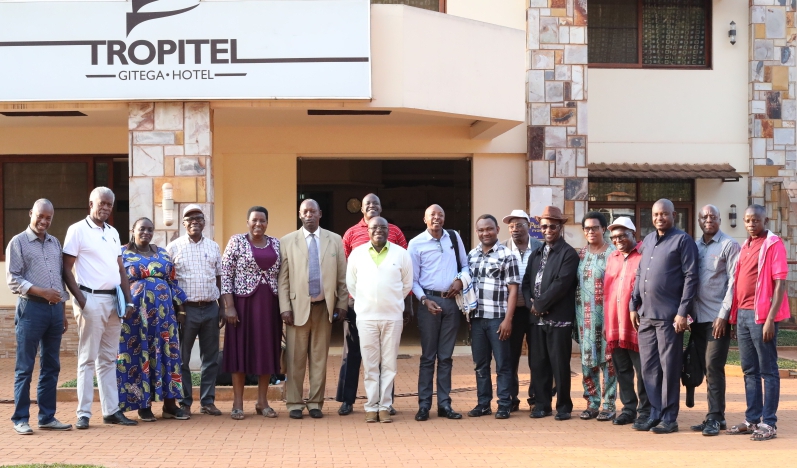 Gitega: Towards the qualification of human rights violations committed in 1972

From Tuesday July 13 to Friday, July 16, 2021, the Commissioners of TRC( Truth and Reconciliation Commission) and the senior executives of that Commission met in Gitega province to assess the 2021 Action Plan and the schedule of programmed activities. Among the main resolutions of the meeting is the decision to qualify during this year 2021 the violations of human rights committed in Burundi in 1972.

It was a retreat to assess the 2021 Action Plan which had been adopted in March 2021. Among the points addressed on this occasion, there were activities of hearing key witnesses of the 1972 crisis and the exhumations of victims of serious human rights violations committed during the same period of the 1972 crisis in Burundi. At the end of Gitega’s retreat, Commissioners and Executives agreed to initiate as soon as possible the investigations into the human rights violations and the mass graves of 1972 in the mayorship of Bujumbura. A related concept note was adopted.
So TRC has already prepared to do this work, and the process is going very well, said Amb. Pierre Claver Ndayicariye, President of the Commission. He added that a meeting with the administrative authorities of the mayorship is planned soon to prepare for the launch of the activity. The results of the meeting will facilitate the work of TRC in the field.
Thus, the Truth and Reconciliation Commission wishes to adopt an effective communication approach with local authorities, the witnesses, the victims and the survivors of the atrocities of the year 1972 without forgetting the identification of the mass graves in the City of Bujumbura and its immediate surroundings, even if the first investigations showed that above most of these mass graves in the districts of the city of Bujumbura, buildings and other infrastructures were erected there. « Despite this, we will at least have testimonies on this period of crisis », hopes the number one of the TRC.
Ambassador Ndayicariye underlined that the reason for the continuation of the campaign of witness hearings and exhumations of the victims of the 1972 crisis in the economic capital of the country is that during this period, Bujumbura housed a large part of the decision-making organs at the national level.

During this retreat from Gitega, the Commissioners agreed that investigations into the 1972 crisis in Bujumbura should begin very soon. After Bujumbura mayorship, TRC intends to continue its investigative mission in the provinces of Muramvya and Mwaro for the same period of 1972.

Legal experts to support TRC in qualifying the facts

Although the TRC is endowed with legal prerogatives to proceed to the qualification of the violations of the human rights which were committed in Burundi, including those of 1972, the Commissioners wishes to have recourse to legal experts to help it to make this work going well.

As a reminder, since the beginning of this year 2021, TRC has already carried out several investigative missions into the human rights violations committed in 1972 in the province of Bururi and most recently in those of Muyinga and Kirundo, while last year, the Commission carried out the same missions in the center of the country (Gitega, Karusi) and in the south and southwest (Rumonge and Makamba).